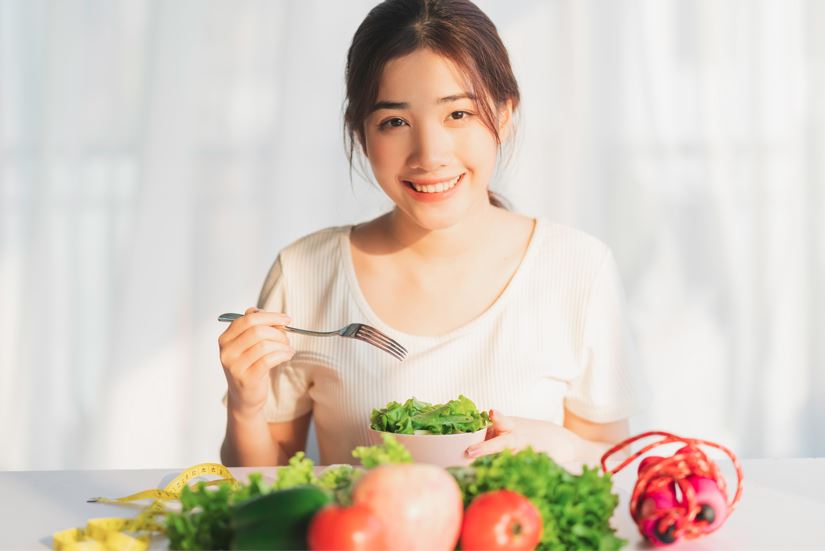 Studies suggest that  eating outside of our typical routine, such as late at night, can lead to weight gain and increased blood sugar levels, which can increase the risk of chronic disease.

Studies reveal that when food is ingested late at night either after dinner or at any time other than your normal sleeping and waking cycle, the body is more prone to store the calories as fat and gain weight rather than burning them as energy.

Food is metabolized differently at different times of the day, according to several animal studies. Variations in body temperature, metabolic processes, hormone levels, physical activity, and food absorption and digestion could all play a role.

Northwestern University studied mice and published their research in the journal Obesity. Researchers discovered that eating late at night resulted in twice as much weight gain, even when total calories consumed remained same, although the cause of the weight gain remains unknown.

Food labels can be deceiving, so it’s crucial to grasp what they’re actually telling you. The nutrition facts label is divided into five sections. Serving size, calories, amount of nutrients, percent daily value and the footnote portion.

The serving size section specifies the amount of the product in a single serving as well as the total number of servings in the container. Serving sizes are typically standardized to make comparing similar items easier.

Calories are a unit of measurement for how much energy your body gets from eating. Fats, carbs, and proteins are the macronutrients. Macronutrients are the nutrients that provide your body with calories or energy. Other commonly reported components include cholesterol and salt, as well as the amount of fiber and sugar under the carbs section.

The percentages on the right are the recommended amount of each item in a serving based on people who consume a 2000 calorie per day diet.

These percentages tell you about the micronutrients, vitamins, and minerals in a serving size of a food item and is called percentage of daily value. These figures are based on a person eating a 2000-calorie-per-day diet.

A list of the food’s ingredients will be provided. The ingredients are listed from the most to the least amount of each, with allergy information at the end. Check the ingredient list before purchasing a whole grain product. Whole grain or whole wheat should be one of the first components on the list.

By weight, the ingredients are presented in descending order. However, manufacturers have been known to manipulate this section and this is where things can get complicated. Several versions of the same item can be found in several places within the ingredient lists. When you put them all together, one ingredient could be the most prevalent. For example, just because a type of sugar isn’t mentioned first doesn’t imply it isn’t the first or second most substantial  ingredient in that item.

Sugar can be found in a variety of forms, including sugar, high fructose corn syrup, agave nectar, brown rice syrup, honey, molasses, and a variety of other words ending in “ose” (think glucose, fructose, maltose and galactose).

People all across the world suffer from poor nutrition, which is a primary cause of health problems and financial burdens. Dietary fiber deficiency and a lack of essential nutrients are particularly harmful to one’s health. Increased intake of processed foods containing large amounts of low-quality fat, added sugar, and salt has been linked to an increased risk of a variety of diseases as well as an increase in all-cause mortality.

Washing, cutting, heating, canning, freezing, dehydrating, packaging, and other alterations are all done to processed goods. To improve the flavor and texture of food products, additional additives are sometimes added.

Avoid the majority of ultra-processed or highly-processed foods (soft drinks, chips, cookies, ready-to-eat meals, and reconstituted meat items) which are made in a factory using ingredients derived from foods and additives.

Make an effort to eat an unprocessed or minimally processed diet for yourself and your family for the best health results. Unprocessed foods are naturally available edible components of plants and animals. Plant seeds, fruits, stalks, roots, animal milk, and eggs, for example. Minimally processed foods are subjected to minor processing procedures for the purpose of preservation. The nutritional value of the food is largely unaffected.

Control portion sizes.  Even healthy foods can add extra calories if you eat too much.

Obesity is on the rise, with more people than ever trying to maintain a healthy weight.

Increased portion sizes have been found to contribute to overeating and unwanted weight gain. Since people tend to eat almost all of what they serve themselves, controlling portion sizes can help prevent overindulging.

Reduce your intake of foods heavy in added sugars and saturated fats, which account for roughly 700 calories per day for the average individual. That’s nearly half of what a woman should consume in a day. According to US dietary guidelines, solid and saturated fats should be limited, and trans fat should be avoided. Reduce your intake of quick foods and processed grains, such as white bread. The majority of us consume too much salt so it’s important to be mindful of this ingredient too, since it  increases our risk of high blood pressure, heart disease, and kidney disease.

When the size of your dish gets smaller, portion control becomes easier to estimate. You might lose weight if you reduce the size of your plate. Many people were taught as children to clean their plates. The issue is that dinner dishes have grown in size in both households and businesses. Likewise, the amount of food we provide them has decreased. You’re probably overeating if you’ve already cleared your plate.

Another useful technique is to determine the appropriate portion size for whatever you’re serving. Keep the additional, enticing food on the table out of reach if you don’t want to go back for seconds. For quick meals, consider storing leftovers in single-serving containers.