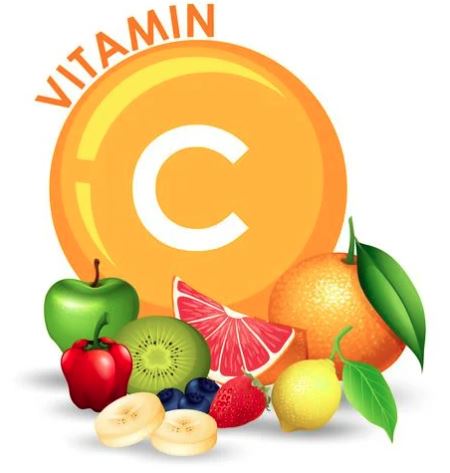 If you want to stay healthy this fall, getting yourself a decent vitamin C supplement is one way to protect yourself. During times of heightened need, such as illness or infection, your body consumes more vitamin C, therefore daily supplies are likely to be depleted. This is when additional care must be taken to enhance food intake that’s high in vitamin C as well as adding supplements that may be a benefit to fortifying your overall wellness.

Humans are one of the few mammals that cannot synthesize vitamin C and since it is also water soluble, it cannot be stored in the body. This implies that the diet must provide it on a regular basis. In the industrialized world, severe insufficiency that results in scurvy is uncommon, but there are periods when our daily needs for vitamin C are likely to rise, such as when we are exposed to pollution or when we are under chronic stress, disease, or infection.

Though, as humans we cannot synthesize vitamin C, is is a fact that we require large amounts of it. Vitamin C is a potent antioxidant that fights inflammation as well as helps to boost the immune system. Vitamin C is the most effective natural antiviral and healing agent available.

Are all forms of vitamin C are equally beneficial?

Vitamin C comes in various forms: pure vitamin C is known as ascorbic acid and vitamin c that is bonded to minerals is called ascorbate. The most prevalent types of vitamin C supplements are as follows:

Ascorbic acid is the purest form of vitamin C. It’s the most bioavailable form, which means it’s absorbed quickly by the body through the bloodstream. Vitamin C in the form of ascorbic acid is the natural version found in foods and in most food supplements. The bioavailability of synthetic ascorbic acid found in supplements is comparable to that of naturally occurring ascorbic acid found in foods like broccoli and citrus fruit. It is important to note that while synthetic and food-derived vitamin C are chemically identical, the vitamin C in fruits and vegetables is consumed with various additional nutrients and phytonutrients which may influence its health benefits and how it is used by the body. According to current research, the bioavailability of ascorbic acid appears to be the same whether it is taken as a powder or as a tablet.

Although it has a high bioavailability, some people find ascorbic acid to be too acidic and they are unable to handle higher doses. This type of supplemental vitamin C disturbs their stomach, and they may be able to tolerate alternate forms that are softer on the gut, or time-release variants, which release vitamin C more slowly and may lessen the risk of gastrointestinal distress.

Bioflavonoids are plant chemicals that are frequently included to vitamin C tablets. They provide additional immunological advantages and may aid in absorption.

Bioflavonoids (also known as flavonoids) are polyphenolic chemicals found in plants that are particularly abundant in vitamin C-rich plant diets. Flavonoids are generated by plants in response to microbial infection and come in roughly 5,000 different kinds. Vitamin C and bioflavonoids are frequently seen together in a synergistic supplement combination. This is because some studies have found that adding flavonoids to supplements can boost absorption of vitamin C.

Apart from the potential benefits of boosting vitamin C bioavailability, flavonoids have been shown to offer considerable health benefits in their own right.

Flavonoids assist plants in reducing damaging oxidative stress and regulating growth. Flavonoids have also been proven to have strong antioxidant and free radical scavenging properties when ingested in the diet. They also have anti-inflammatory properties and provide cardiovascular, metabolic, neuroprotective, anti-cancer, hepatoprotective, and anti-viral effects.

Mineral Ascorbates are other kinds of vitamin C.

What is Sodium Ascorbate, and what does it do?

The sodium version of ascorbic acid, sodium ascorbate, is a common mineral salt. It is produced through the reaction between equal amounts of ascorbic acid and sodium bicarbonate with further precipitation using isopropanol.

When include sodium ascorbate in one’s diet, it’s crucial to remember that the salt, like the ascorbic acid, is very well absorbed by the body. As a result, the intake dosage should be carefully managed. Because sodium ascorbate is water soluble, it can only prevent oxidation in water soluble forms. If you’re watching your salt intake, be aware that sodium ascorbate forms of vitamin C will elevate your sodium levels.

Ascorbic acid binds to calcium in this form, which, like sodium ascorbate, neutralizes acidity. Calcium ascorbate is good for people with extra-sensitive stomachs, those who are unwell, or those who can’t handle other forms of vitamin C.

Ester-C® is a proprietary type of buffered vitamin C (mostly calcium ascorbate) that, like other mineral ascorbates, has been found to be well absorbed and tolerated in the stomach. Ester-C® has been shown in animal experiments to be more readily absorbed and excreted than ascorbic acid, as well as having higher scurvy-preventive efficacy. These findings have yet to be confirmed in humans.

Other mineral ascorbates – Multivitamins may contain ascorbic acid bonded to other minerals such as magnesium, chromium, zinc, manganese, and molybdenum. When taking any mineral ascorbate form (including sodium and calcium), keep track of how much of that mineral you’re getting and make sure you’re not getting more than the suggested daily dosage.

Pills (tablets and capsules), chewables, and powders are the three most common types of vitamin C supplements. While there is no one form that is superior than the other, be careful to verify the amount of vitamin C per serving, as it varies. By combining it with a little liquid and drinking it, powders are a cost-effective and simple way to get vitamin C throughout the day. Another option is choosing time-release capsules. This would allow you to take vitamin C at a regular time each day, but since the supplement isn’t released all at once, you would have the benefits of a lower, more spread out dosage schedule.

Vitamin C supplements come in a variety of dosages, ranging from 25 mg to 1,500 mg per unit. Doctors frequently advise taking lower doses throughout the day and no more than 2,000 mg per day.